Breaking the silence around Child Sexual Abuse, one listener at a time.

Child Sexual Abuse is a violation that affects a child’s life in a number of ways, especially if they are not believed, forced to keep the abuse secret or if no one stops it from happening. Children who are victimized must be believed. Perpetrators must be held accountable for their actions. Support for survivors must be a community effort, all the time.

Educating the community and encouraging discussion and prevention efforts around this crime are two of WCSC’s goals for this innovative project. Silence Speaks, Secrets Revealed (SSSR), our 26-episode radio drama, was produced in 2018, with funding from RALIANCE, a stateside collaborative initiative to end sexual violence in one generation. The drama was written for WCSC by educators and “artivists,” Regina Keels and Sayeeda Carter.

Let’s Talk About It, our weekly, call-in talk show that aired after new episodes of SSSR, featured guest experts, who discussed the latest episode’s theme, answered listener questions and provided information on prevention and assistance for survivors. The 30-minute segments were produced and broadcast in partnership with JKC Communications, the parent company of 95.1FM – Isle 95, the station where new weekly episodes premiered and Let’s Talk About It was broadcast.

New episodes of the radio drama were rebroadcast on all five JKC radio stations, and on other local stations, during the week after each premiere. Contact WCSC at 340.773.9272, for more information on services for  survivors of child sexual abuse. 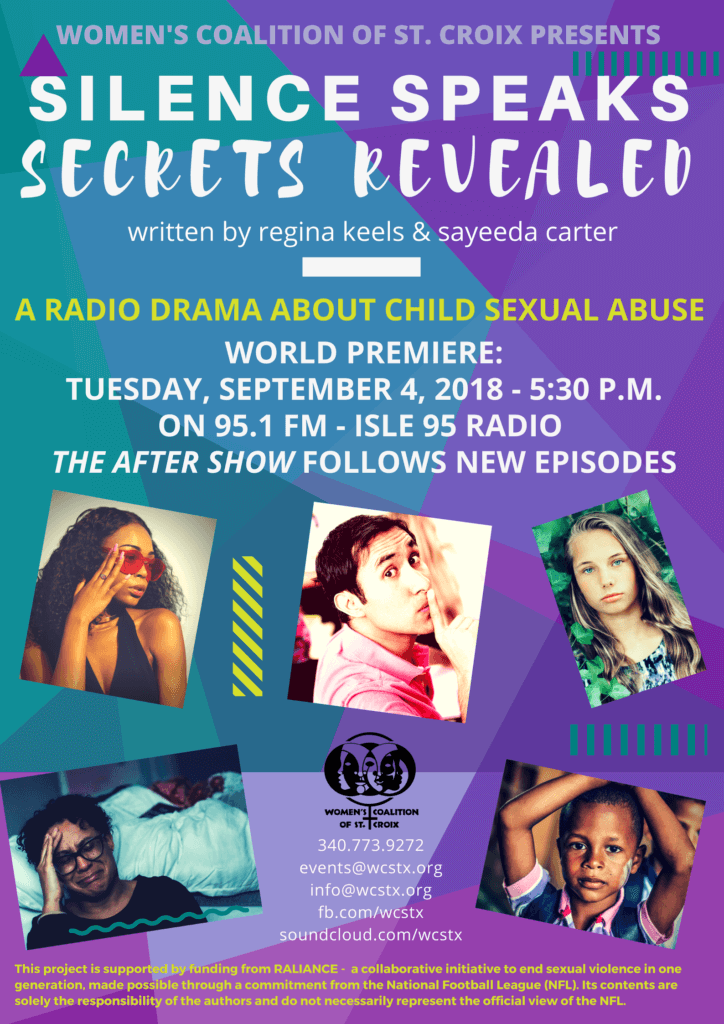 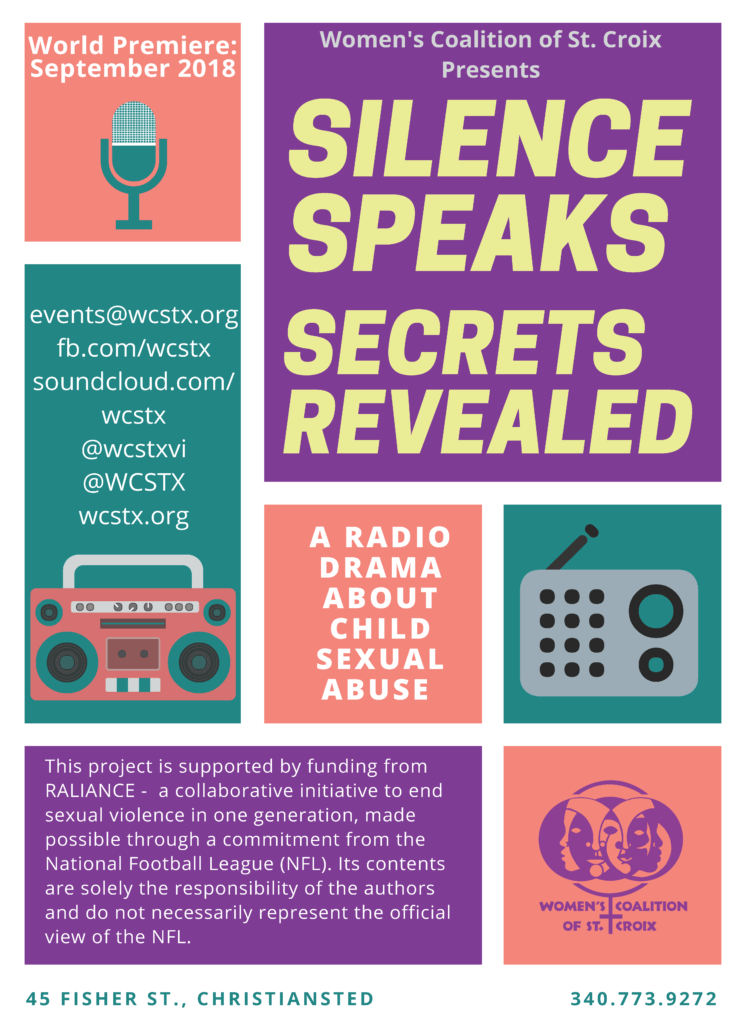 Stay up to date with our mission, events, educational information and much more! We promise not to spam you.